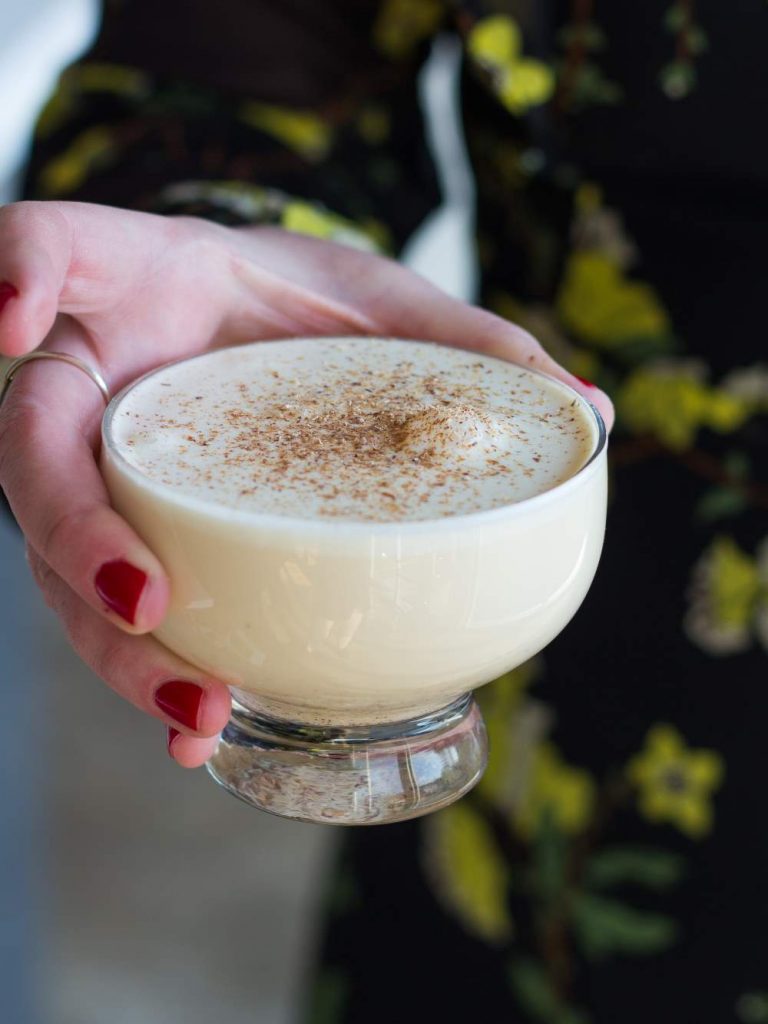 Eggnog is simply a blend of milk or cream, eggs, sugar, nutmeg, and liquor. Of course, if you ask a contemporary cocktail connoisseur, they’re likely tell you that a homemade eggnog needs to age. At its core, it is a very simple drink that is essentially a maple play on the Brandy Milk Punch. Although, it works all year long, it’s perfect for the holidays, with its notes of smoked fruit & baking spice. Just make sure that you use authentic maple syrup and not the phony stuff that the crappy chain restaurants serve you with your pancakes. A bourbon twist on a classic winter cocktail – perfect for warming up and keeping cozy during the colder weather! END_OF_DOCUMENT_TOKEN_TO_BE_REPLACED
How to make a Highlander

The Highlander shares its name with many other Scotch Whisky based cocktails – adopting their names from the Scottish Highlands which is a region in Scotland with over 47 whisky distilleries. One cocktail that goes by the same name is a Scotch variation on the Manhattan and a second featured Scotch Whisky, Mezcal and Rosemary. Inspired by the Rusty Nail this Highlander cocktail recipe by Paul Harrington is sweetened and spiced with Dom Benedictine. It was featured in The Cocktail Bible of the 21st Century published in 1998. 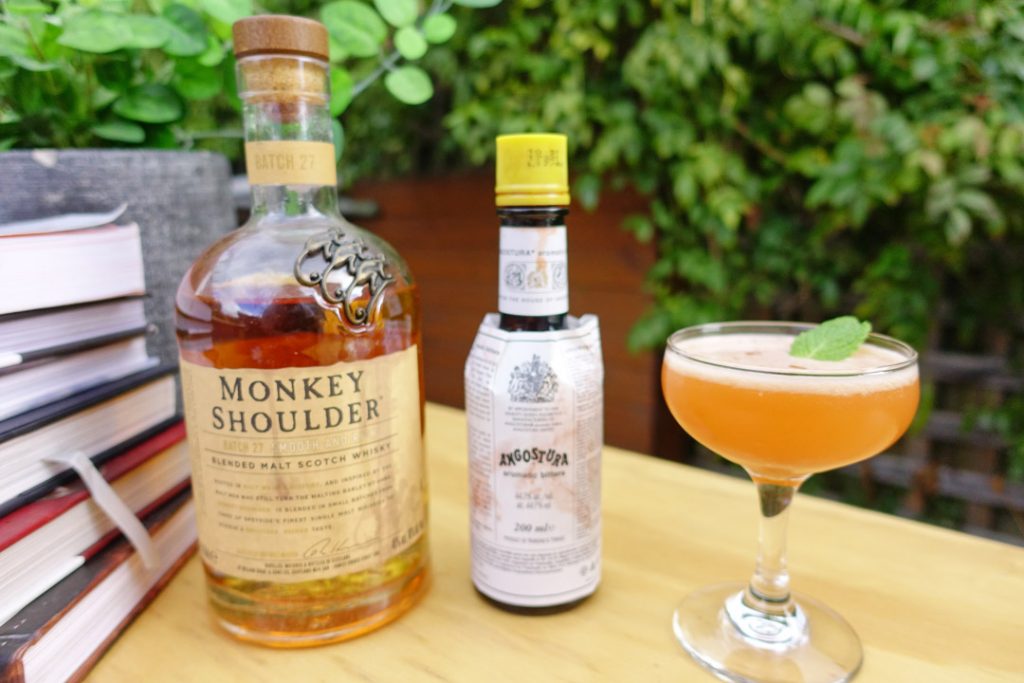 END_OF_DOCUMENT_TOKEN_TO_BE_REPLACED
How to make an Expat Cocktail

The Expat cocktail was created by Lauren Schell of Little Branch (NYC) back in 2009. It’s a simple shaken whiskey cocktail, citrusy and aromatic. Lauren hadn’t actually named the cocktail until she had moved away. The team at little branch were getting requests for her bourbon creation and given that she had then recently moved away, Expat was a fitting name. END_OF_DOCUMENT_TOKEN_TO_BE_REPLACED
How to make a Bourbon Renewal

The Bourbon Renewal cocktail was Jeffrey Morgenthaler’s first recipe he created. It’s a riff on a classic whiskey sour with half the sugar component substititued for a dry berry liqueur, Creme de Cassis. 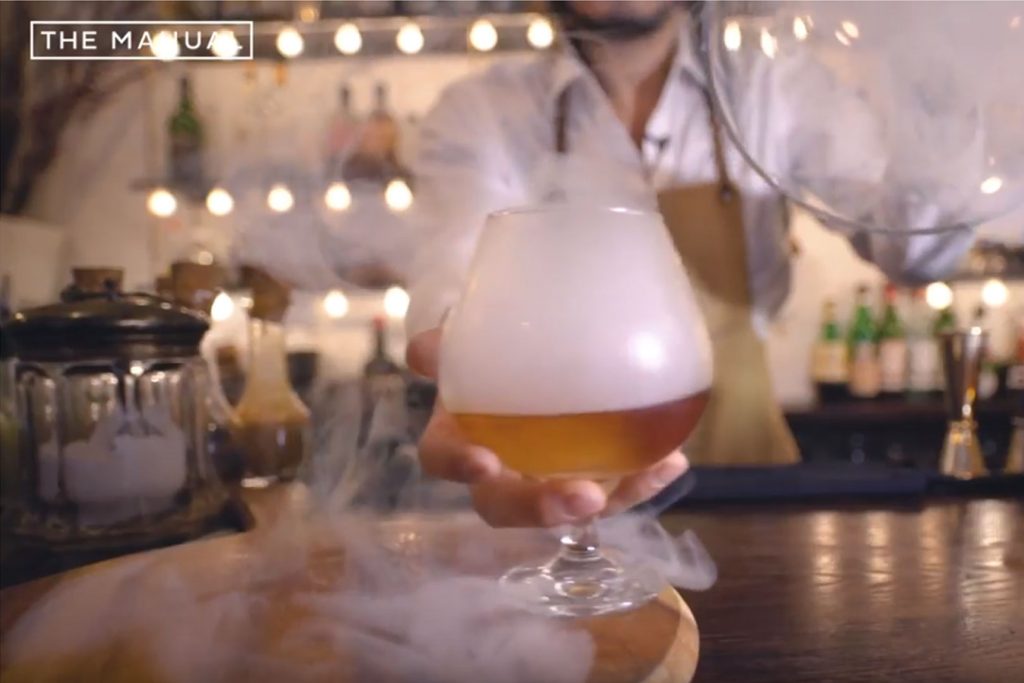 END_OF_DOCUMENT_TOKEN_TO_BE_REPLACED
How to Make a Smoked Cocktail [3 Videos + Recipe]

The addition of smoke adds depth to classic cocktails and an innovative twist to new creations. Whether a drink is shaken, stirred, or simply served neat, adding smoke to spirits is relatively easy with the techniques outlined in the videos below. 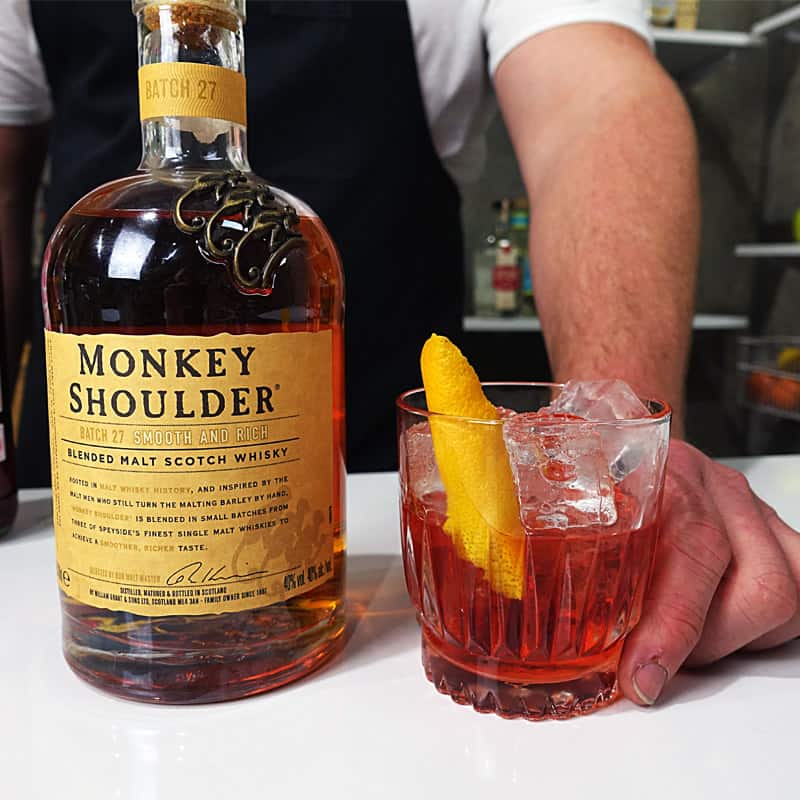 END_OF_DOCUMENT_TOKEN_TO_BE_REPLACED
How to make a Bobby Burns No. 2

The Bobby Burns was first featured in the book 1700 Cocktails for the Man Behind the Bar with 3 variations. A combination of Scotch whiskey, sweet vermouth and a liqueur – no. 1 calls for Dom Benectine, no. 2 calls for Maraschino liqueur and no. 3 calls for Drambuie. END_OF_DOCUMENT_TOKEN_TO_BE_REPLACED
How to make an Emerald Old Fashioned

The Emerald Old Fashioned is a fascinating riff on a traditional Old Fashioned. A smooth, sweeter style of Irish whiskey accompanies a touch of herbaceous Green Chartreuse and anise-flavours from Absinthe (the original recipe calls for Genepy, a French liqueur). Surprisingly smooth considering the compilation of liqueurs. 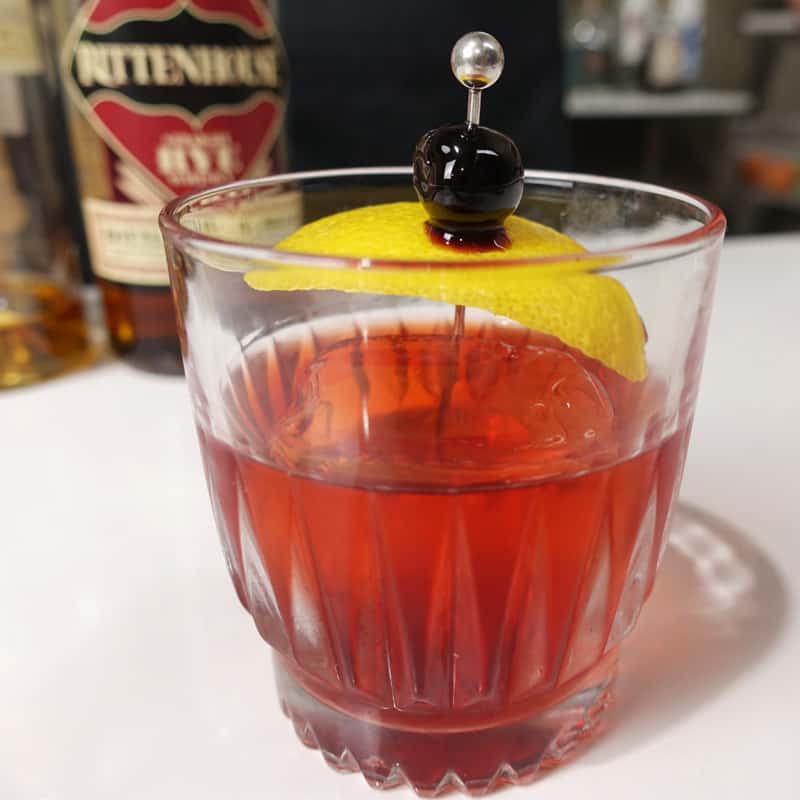 END_OF_DOCUMENT_TOKEN_TO_BE_REPLACED
How to make a Vieux Carre

The Vieux Carré originates from the Carousel Bar in the French Quarter of New Orleans. This complex cocktail packs a lot of punch especially after we used a Bonded Rye such as Rittenhouse.